We’re less than 48 hours out from the start of a 48-game abridged NHL season, and it’s going to be a rough one.  Don’t believe me?  Take a look for yourself below.

The Blackhawks start their season on the road, facing off against defending champs the LA Kings immediately following the banner raising ceremony this Saturday afternoon.  Quite a debut.

Unlike the Blackhawks who saw a great deal of turnover following their 2010 Championship tour, the Kings have had almost no overhaul to their cup-winning roster.  In fact, the Kings retained about 83% of their 2012 team, saying farewell only to five men (Trent Hunter, Jack Johnson, Ethan Moreau, Scott Parse, and Kevin Westgarth).

The Hawks will literally be dropping the puck with the same team that brought Lord Stanley to LA for the first time in Kings’ history.

As the season progresses, the Hawks spend a lot of time on the road.  A LOT of time on the road.  Chicago fans won’t get any serious ice time with their red sweaters until mid February during a seven home-game stretch when we host a majority of the west coast.  The condensed schedule also gives our boys plenty of back to back action and starts to heat up in March in terms of games per week.

While there are plenty of arguments that road trips give the team a lot of time to bond with one another, the thing that gives me pause is the road game losing streak from H-E-double hockey sticks last season, where even in the middle of the schedule the Hawks couldn’t make anything happen.

However injuries played into a lot of the Hawks’ struggles last year, which is also a concern going into this demanding schedule.  Staying healthy is going to be a HUGE focus across the board in the NHL, with any lost time being significant lost time, having only three months of regular season to earn a spot in the playoffs.

Going to be a rough one.  The Blackhawks need to build momentum fast, capitalize on home ice advantage, and rest, rest, REST! 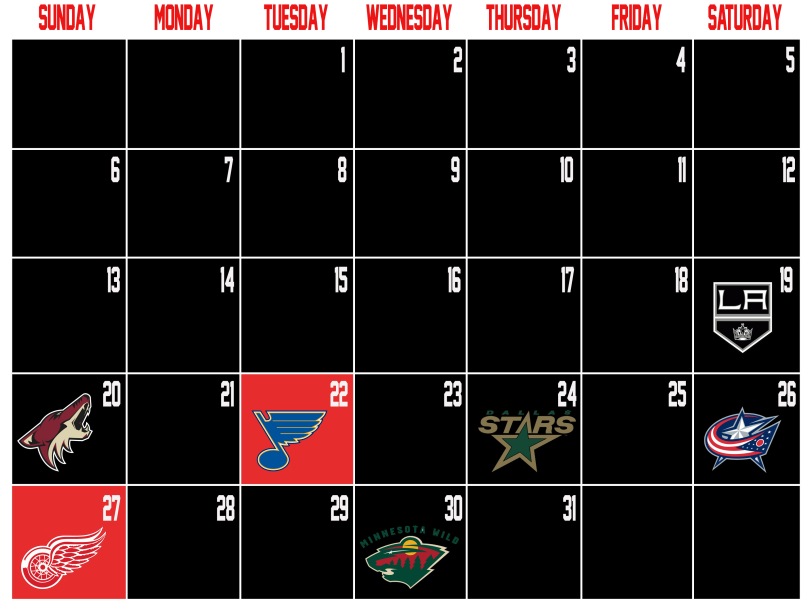 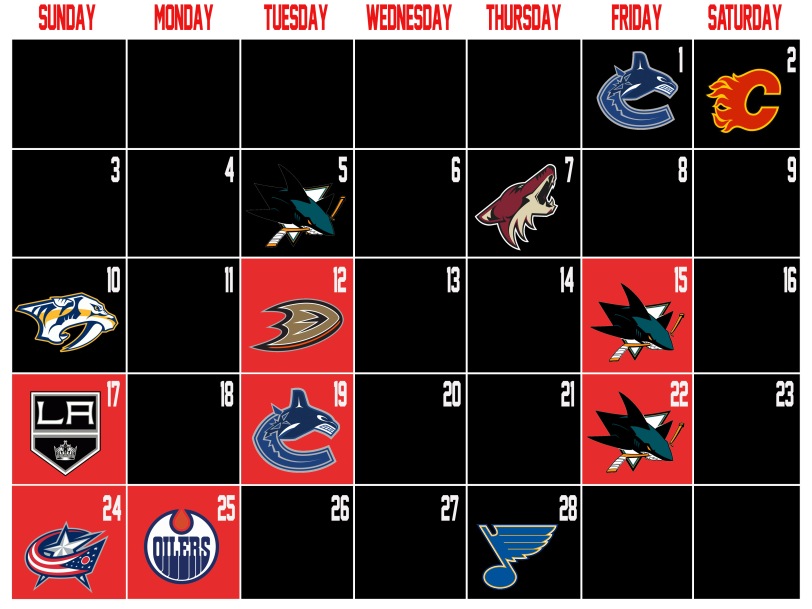 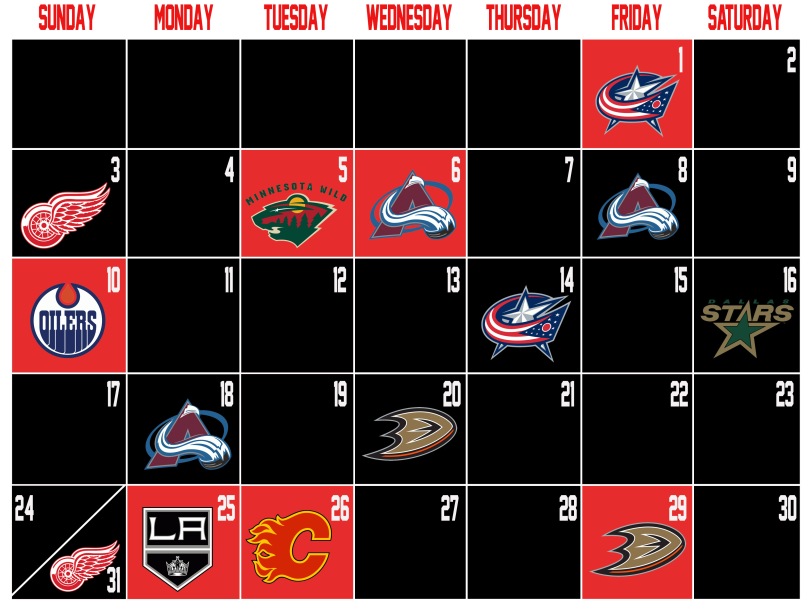 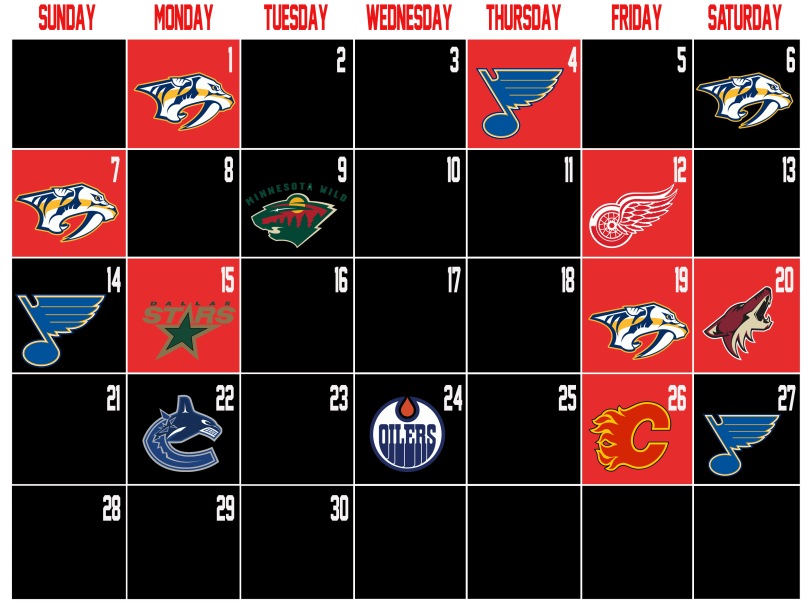